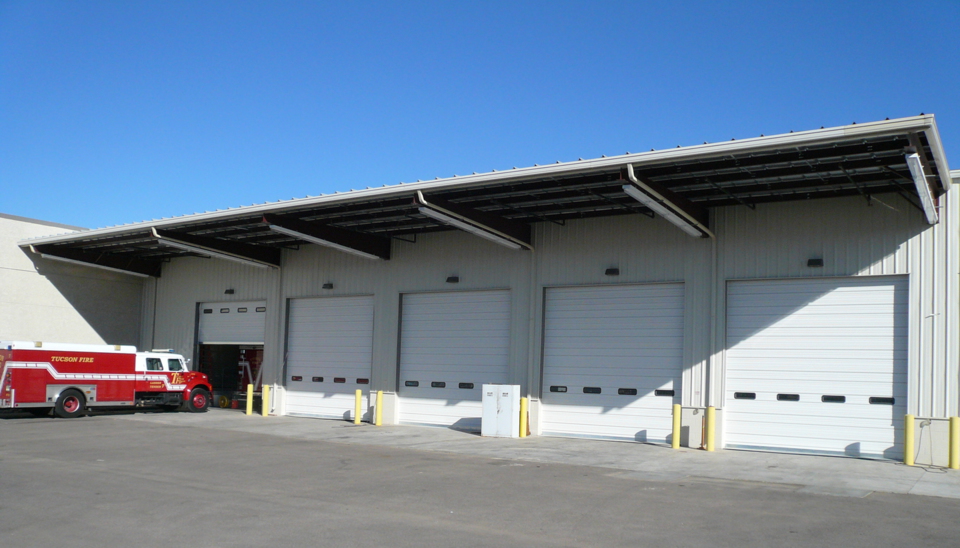 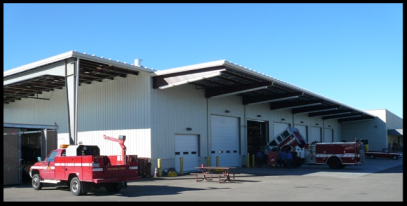 Steadfast provided the building with bridge crane in the original construction. The city took advantage of metal building modularity and desiged the building to support sidewall canopies. Several years later, the canopies were fabricated and installed during a renovation. 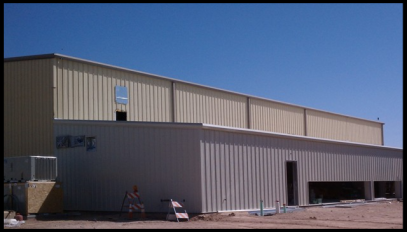 This museum expansion added two new wings onto the existing metal building structure. The shorter wing (shown) became an research library and administrative space. The taller wing on the opposite side was built around a mezzanine to create a 2-story display area. The expansion project occurred around a large number of in-place museum artifacts and while the exterior grounds were open to the public requiring careful coordination of trades. When completed, the entire structure was painted a custom light cream to tie the old and new structures together.